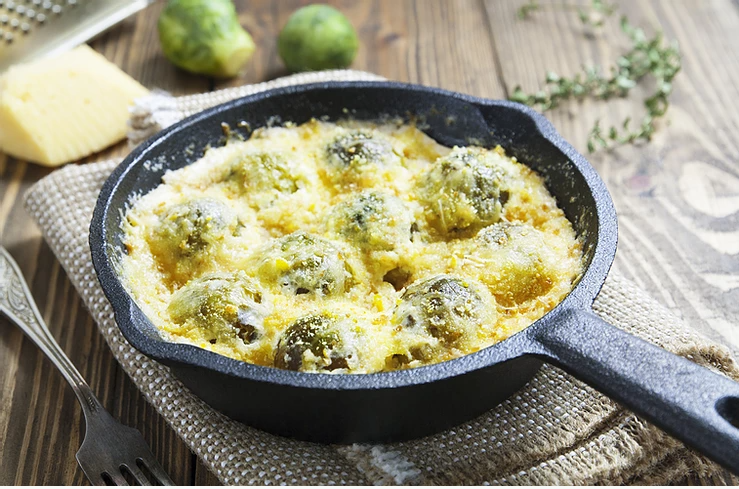 Brussels Sprouts are probably my husband's favorite veggie. No, scratch that. They're definitely my husband's favorite veggie. He's really a meat and potatoes kind of guy. He eats his burgers with just meat, cheese, and bun only. He loves growing veggies but he doesn't really like a lot of them: peppers, hot or sweet, tomatoes, eggplant... nope, nope, nope. But I know I can cook him two or three servings of Brussels sprouts, and he'll dust them! Add cheese and cream? He'll probably dust five servings!

3. Add chicken broth and tarragon and simmer on medium-low for about 10 minutes, or until mostly tender; then remove from heat.

Disclaimer: We use the Amazon affiliate link program and if you click on a link we may get a small commission.